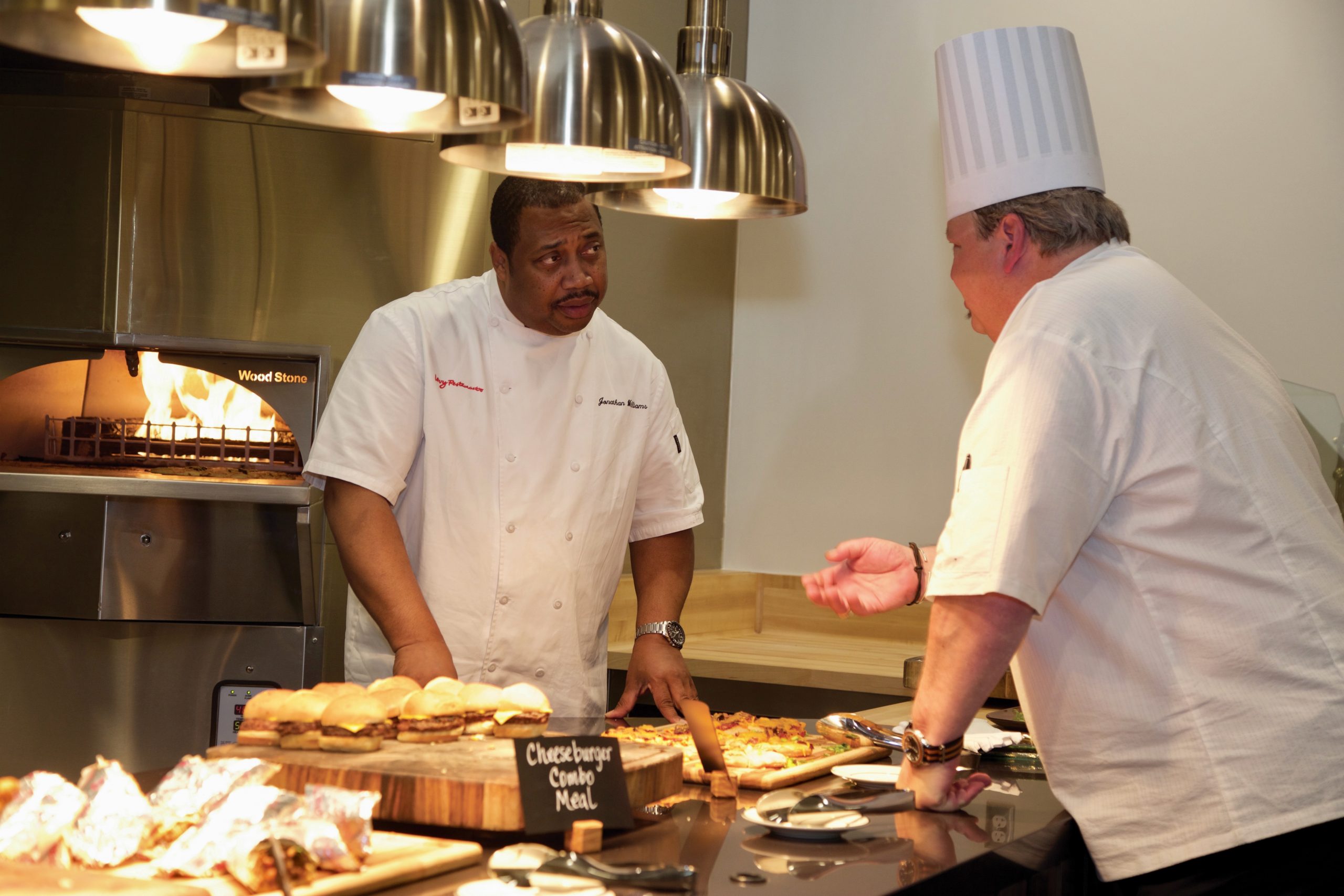 During Black History Month, we pledged to bring awareness to the hospitality trailblazers who have influenced and continue to innovate not just our food culture, but our society. It’s fitting, then, that we conclude this month by celebrating those who have shaped and defined our hospitality identity – the chefs and culinarians whose contributions and influence is felt every day across our family, our partners, and our guests. These leaders have also shared what drives them – words of inspiration – with the hope to spark others to be and to do better.

Of course, there are far too many voices deserving of recognition. So many diverse leaders and voices who contribute in so many meaningful ways each and every day. It will be our continued mission to not confine the conversation to one month, but spread awareness and take action throughout the year.

For coming up on 25 years, Chef Williams has been a cornerstone of Levy’s culinary identity. He has opened stadiums that have become the center of the communities in which they reside. He has served fans and celebrities at countless Super Bowls, Kentucky Derbys, US Opens, All-Star Games, and Championship events. And he has become a mentor to so many up-and-coming chefs at properties throughout the country.

Chef Williams has also been instrumental in safely opening venues in the midst of pandemic. Last July, he successfully piloted one of the first new stadiums to open with fans at the brand new Lynn Family Stadium in Louisville.

His work to create a menu that both showcased local flavors and variety in authentic ways, and was streamlined for speed and safety of service, has influenced menu strategy at many venues over this past year.

“My father inspired me during a culinary tour around Chicago to the best of the best food spots. My grandfather inspired me because he was a chef and through culinary school it was incredible to be able to cook with him and listen to his advice. I’d say to anyone who wants to be a chef, you must have passion and patience. The culinary adventure can truly be an amazing lifelong job but you must put in that uncompromising attitude and say ‘I want to be the best.’ Also find a great company to work for like Levy.”

Chef Hardiman leads of one of the venues in the sports world that consistently pushes culinary boundaries, not just in terms of quality and variety, but creativity and community involvement. Since opening in 2018, Fiserv Forum has been lauded as one of the best stadiums to dine at. In 2019, Chef Hardiman also added a full-service restaurant to his duties, with Mecca Sports Bar & Grill becoming a go-to dining destination in its own right. And during the pandemic, with indoor dining closed and events halted, he created a restaurant concept operating out of the arena kitchen to serve Milwaukee at home – Cream City Cluckery has become a delivery hit across the city.

One of Chef Hardiman’s most important contributions, however, is his passion for investing in local small businesses. The roster of local minority- and woman-owned restaurant partners at Fiserv Forum is unmatched. And he has taken on a leadership role at Levy to create guidelines so that others can successfully invest in their communities.

“My family upbringing inspired me to become a chef. I initially wanted to be an artist and loved the creativity and freedom it provided but didn’t see it as a career path for me financially. I also thought about being an architect but didn’t want to be confined to a desk. The next natural progression for me was my love of food and the spirit of my family and gatherings. I’ve always loved how food brings family and friends together to create a memorable experience and the reaction you get from those offerings. When I was younger, I would watch my grandmother, parents, aunts, and uncles in the kitchen, studied and watched them, and went about the preparation process for the family’s meals. I fell in love with the artistry and planning and began to submerge myself in various cooking shows and books to explore more about my craft. I took the time to research and identify a chef that inspired me and that I could look up to, and at the time, it was Patrick Clark. He was one of the top African American Chefs at the time, as I was growing and had passed away a year after I graduated high school. I wanted to be a trailblazer like him and provide opportunities for those men and women who may not have a seat at the table regardless of ethnic or economic background.”

What’s it like starting a new role during a pandemic? Just ask Chef Jones, who joined Nationals Park in March 2020 – the latest stop in a distinguished culinary career that began in high school. In fact, he was the youngest-ever Banquet Chef at New York City’s famed 5-Star, 5-Diamond Waldorf Astoria Hotel.

Without the ability to serve fans at the stadium in 2020, Chef Jones found ways to share Nats Park hospitality from home. He orchestrated a virtual cooking series that aired on Nationals social media discussing a range of topics, from how to break down a chicken to impressing family and friends with an incredible mac & cheese.

Chef Jones was also instrumental in the success of the Best Ballpark Bites concept – which gave fans a chance to experience a taste of the ballpark from home via contactless delivery. The concept influenced several similar programs across the country.

“Passion. Passion. Passion. Food is a personal experience – one that transcends race, age, and gender. It’s something that brings people together. Everything we do has to be done with passion or your guests will realize it from the littlest details of a sprig of chive on your deviled eggs to the detail of the diced onion on your Ben’s chili bowl half-smoked all the way. Always do things with passion.”

Thanksgiving Traditions Carry On in an Unprecedented Year