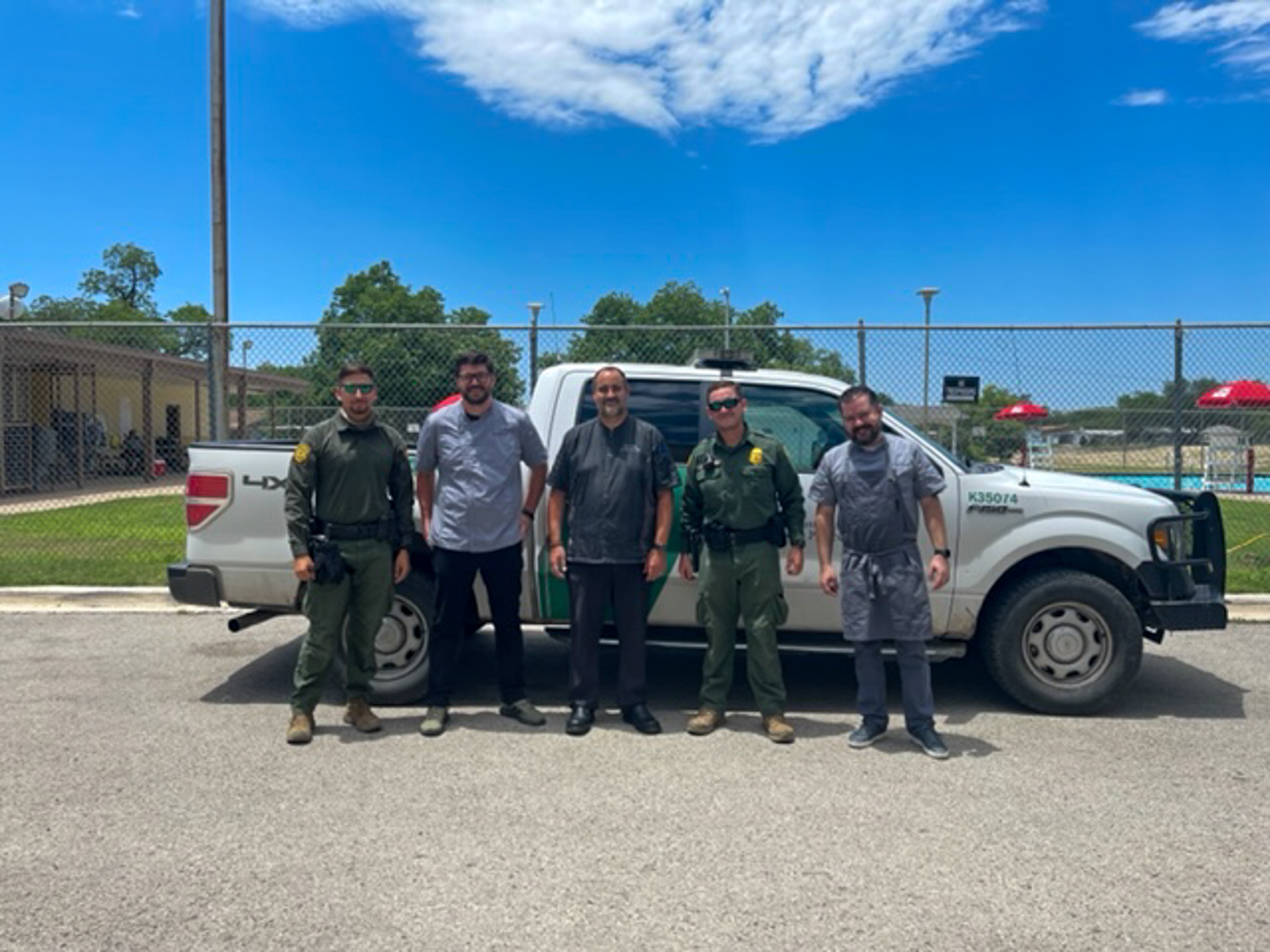 After a busy season in Dallas, capped by playoff runs from the Mavericks and Stars, things were beginning to quiet down for our American Airlines Center team. Senior Executive Chef Mark Mabry and team had just begun their typical end-of-season wind-down, which included diverting leftover food supplies to minimize waste. Normally, the team would donate to local food pantries or send the extra product to a fellow Levy location for a future event. Just days later, however, it seemed impossible for anything to feel normal.

Only a few hours away, a tragic shooting at Robb Elementary School in Uvalde, Texas had taken the lives of 21 people. The community and the entire country were left reeling and Texans were in utter disbelief. After taking a few days to process and grieve, Mabry was determined to help the community of Uvalde in any way that he could. When he thought of the pounds of food stored in the American Airlines Center kitchen, the idea locked into place.

The first call Mabry made was to his close colleague Garrett Fogle, a Regional Manager based in Dallas. Chef Mabry laid out his plan for Fogle, explaining that he wanted to drive down to Uvalde with the extra food and make a meal for those continuing to grieve the senseless tragedy. To no surprise, Fogle was immediately on board.

“I knew what he was going to say because I know Garrett, and I know that being nice and doing the right thing is what we’re all about,” Mabry recalled. “It was a green light from the second it came out of my mouth. Not even a hesitation.”

With an assist from Sam Boisjoly, Levy’s Executive Chef at Q2 Stadium in Austin, Mabry arranged to set up shop at the Uvalde Civic Center, where he vowed to cook a delicious meal that could serve as a reprieve for a community still in shock. Once things were in motion, it was time to round up a team. Upon hearing his plan, Mabry’s colleagues jumped into action; Chefs Andres Dominguez and Jon Wanland signed on, along with Mabry’s wife Marisa, a culinarian in her own right. Chad Jernigan and Toby Hudson, from Levy’s purchasing team, pitched in behind the scenes and were instrumental in the early stages of preparation and planning.

The group of four loaded their pickup trucks with hundreds of pounds of food and set out for Uvalde. Their contacts in the area pointed them toward a group of first responders who had been called in from all across Texas to support the grieving community. Once there, the team set up in the Civic Center’s kitchen and prepared to give responders a break from peanut butter and jelly sandwiches with a restaurant-quality feast.

“I gave them three or four options as to what we could do, and they decided to go with the nice dinner,” Chef Mabry said. “Uvalde is a small town, so there weren’t enough accommodations for everyone who traveled in to help. I wanted to make this a special experience for them, something that could take their minds off things for a while.”

First responders and Uvalde community members had the choice of ribeye steak or rosemary chicken breast, accompanied by roasted broccolini, grape tomatoes, and cauliflower. Surprisingly, the star of the meal for many was the fresh fruit cups. In the blistering Texas heat, those dressed in uniform were overheated and craving something cool and refreshing.

For Chef Mabry, the best part was simply getting to know the people in the community.

“It was really fun to talk to them,” he remarked. “Just make a little change in their day, talking sports or anything else we could do to take their mind off the daily grind.”

When it came time to leave, the team packed up over 100 meals for community members who weren’t able to attend. Before heading back to Dallas, they visited the town square memorial to gain a deeper understanding of what the people of Uvalde were going through. It was an experience that Mabry will remember for the rest of his life.

“The mood when you enter the town just overtook you,” he said. “It really gripped all of us, the severity of it. It made us feel sad, but also proud of what we were doing, and reminded us why we’re so passionate about this industry. Food unites people, it’s something that we can all relate to, so we wanted to make the best of what we had and put out an amazing meal for these people. It didn’t feel like work.”

Chef Mabry’s biggest takeaway from the experience was that he’d like to give back to the community more often. He hopes that this story will inspire others to chart a similar course when they see an individual or community in need.

“When you do something like this, it just fills you with a sense of accomplishment and pride,” Mabry expressed. “Luckily, I work for an incredible company that helped us make it happen. There are so many great causes where we can make an impact and use the incredible talents that we have. Between our culinary, front of house, purchasing, all the way around, there’s an amazing opportunity for us to continue making a mark on the communities we serve.” 20 Years Later: Back to the Beginning of Jake Melnick’s Corner Tap