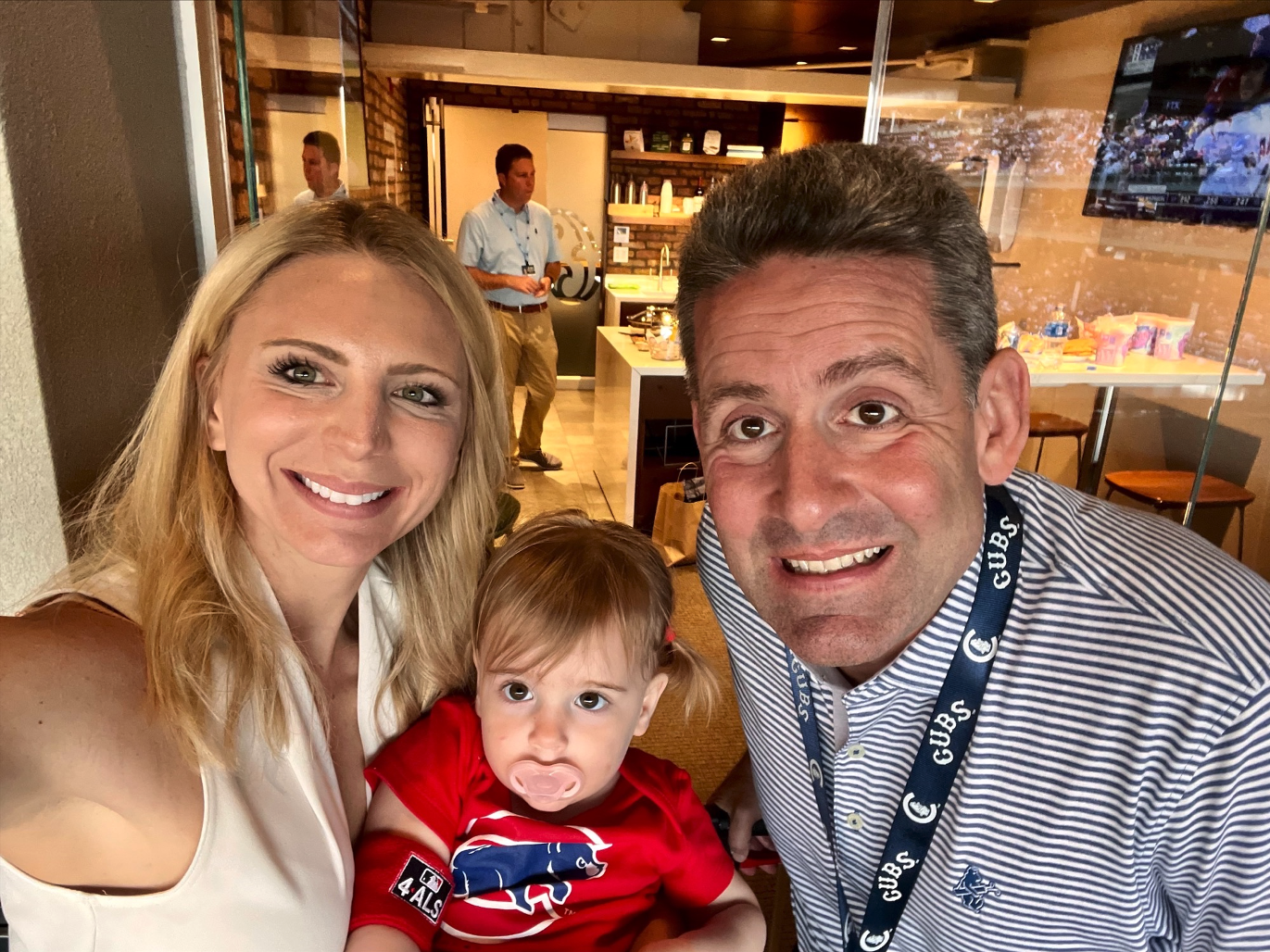 When someone comes to him for advice, the first thing Gus Anagnostopoulos tells them is:

“You don’t have a problem, you have something to fix.”

Gus has been with Levy since 2011, getting his start leading Wrigley Field’s Captain Morgan Club before transitioning to his current role directing food and beverage operations for the ballpark’s Gallagher Way and Wintrust Bar locations. A lifelong Cubs fan, working at his favorite team’s stadium has always been his dream.

Before being diagnosed with ALS, Anagnostopoulos was an avid marathoner. While in New Orleans for a friend’s wedding, he tripped and fell during a run, breaking his nose in the process. After repeated injuries, he decided to seek medical help and endured 18 months of testing and eliminating various ailments before finally being diagnosed in 2017. He was told he would have between 2 and 5 years to live. Only 2 to 5 years more to spend with his family. 2 to 5 years to spend working his dream job. In Gus’ mind, these weren’t problems. They were just something to fix.

“Being diagnosed was really hard for me because obviously, your life changes dramatically,” Gus shared recently. “But anyone who knows me knows I’m a fighter, so I said, ‘what’s next?’”

Now 7 years out from the onset of his symptoms, Gus rejects the notion that he has to be limited by the disease he lives with. Ask anyone on Levy’s team at Wrigley and they will tell you that whatever you need, whether it’s work advice, wisdom about life, or a good laugh, Gus is your man. In the past 7 years, that has only rung more true.

“I told everyone at the office ‘I want you to support me in doing more in my life, not less,’” Gus recalls. “I work a full day in the stadium every day—I probably work more now than before I had ALS.”

Along with his steadfast resolve, Gus credits his Levy family for helping him to continue doing the job he loves. The tight-knit relationships he has developed with his team have helped them find the perfect balance of supporting him when he needs it and giving him the space to keep growing and evolving. The team shares a close bond not only with Gus but also with his wife Megan and young daughter Georgia: so much so that he jokes that his coworkers call his wife more than he does.

In addition to his Levy family, Gus has also developed a special relationship with the Cubs organization during the 11 years he’s spent working at Wrigley. This summer, as a tribute to his tenacity and can-do spirit, the Cubs arranged for Gus to attend commencement at East-West University, where he received an honorary doctorate degree. 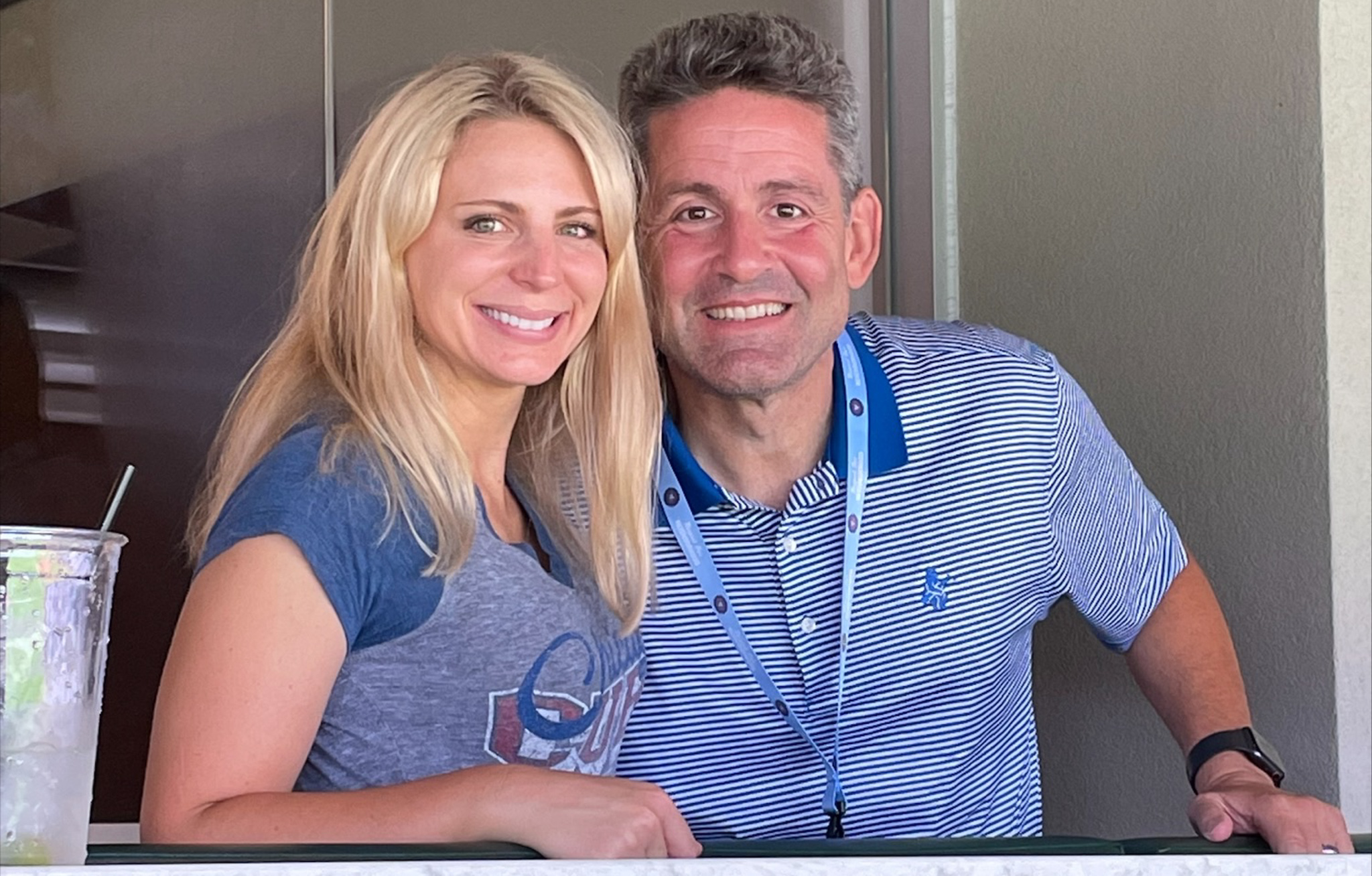 Over the past few years, Gus has shifted his focus from the more hands-on work to developing the talents of others, establishing a mentorship program at his location called the “Farm Team”. Gus has found a new purpose through mentorship, realizing that he can add the most value to his team by sharing his knowledge and wisdom with others and helping them grow into the best people they can be. As a result of his efforts, the program has promoted dozens of new managers and contributed to a culture that feels much more like a family than an office.

“I think that’s what makes this location special,” he says. “We really try to make people better as human beings first, and we worry about work second.”

What keeps Gus moving forward each day are three things that he holds a deep passion for. The first is doing his part to help others who have been diagnosed with ALS. He recently partnered with the Cubs to build awareness for the disease and hopes that his efforts can help inspire others as research continues. 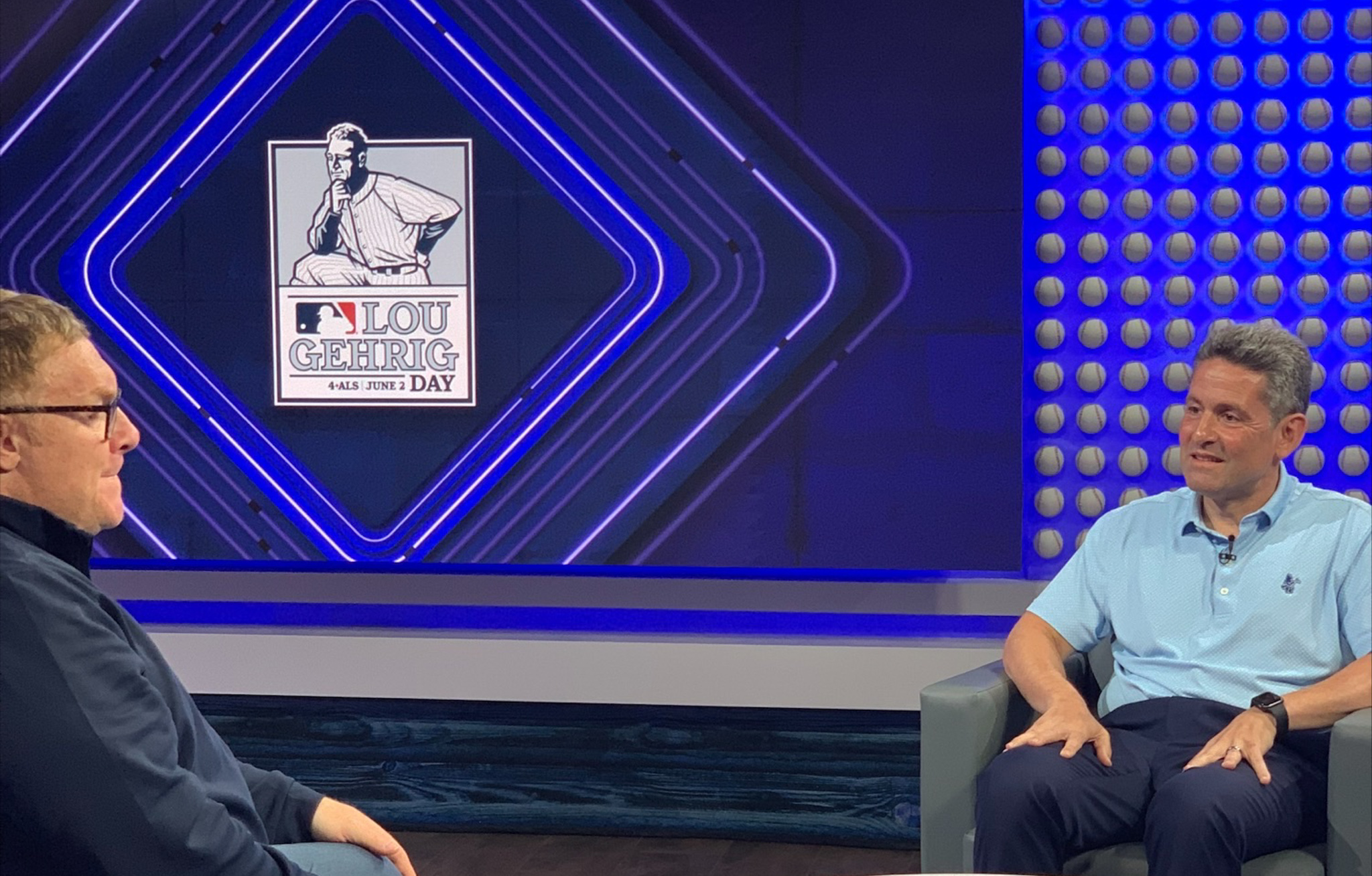 Next is his passion for hospitality, a business he has loved for 45 years, ever since he started working in a restaurant when he was 8. What has always enamored him about the industry is the day-to-day impact it has allowed him to have on others.

“You can literally change a person’s day with how you interact with them,” Gus reflects. “Whether it’s cracking a smile, making a joke, or just asking how they’re doing, you can make such a difference in just one moment.”

The final element of Gus’ drive to make every day count is the one he loves the most in the world, his family. To many, he is a mentor, a friend, and a confidante, but there is no more important role to him than the one he plays as a devoted husband and father.

“That’s my passion now,” Gus says of his daughter. “She keeps me going every day.”

It would be easy for Gus to feel like he got a raw deal in life. Instead, he chooses to focus on the positives. When asked how he handles the hard days, he barely entertains the question.

“I don’t have hard days,” he asserts. “I have a beautiful family, food on the table, and so many other things to be grateful for. For me, the scales always tip in that direction.” 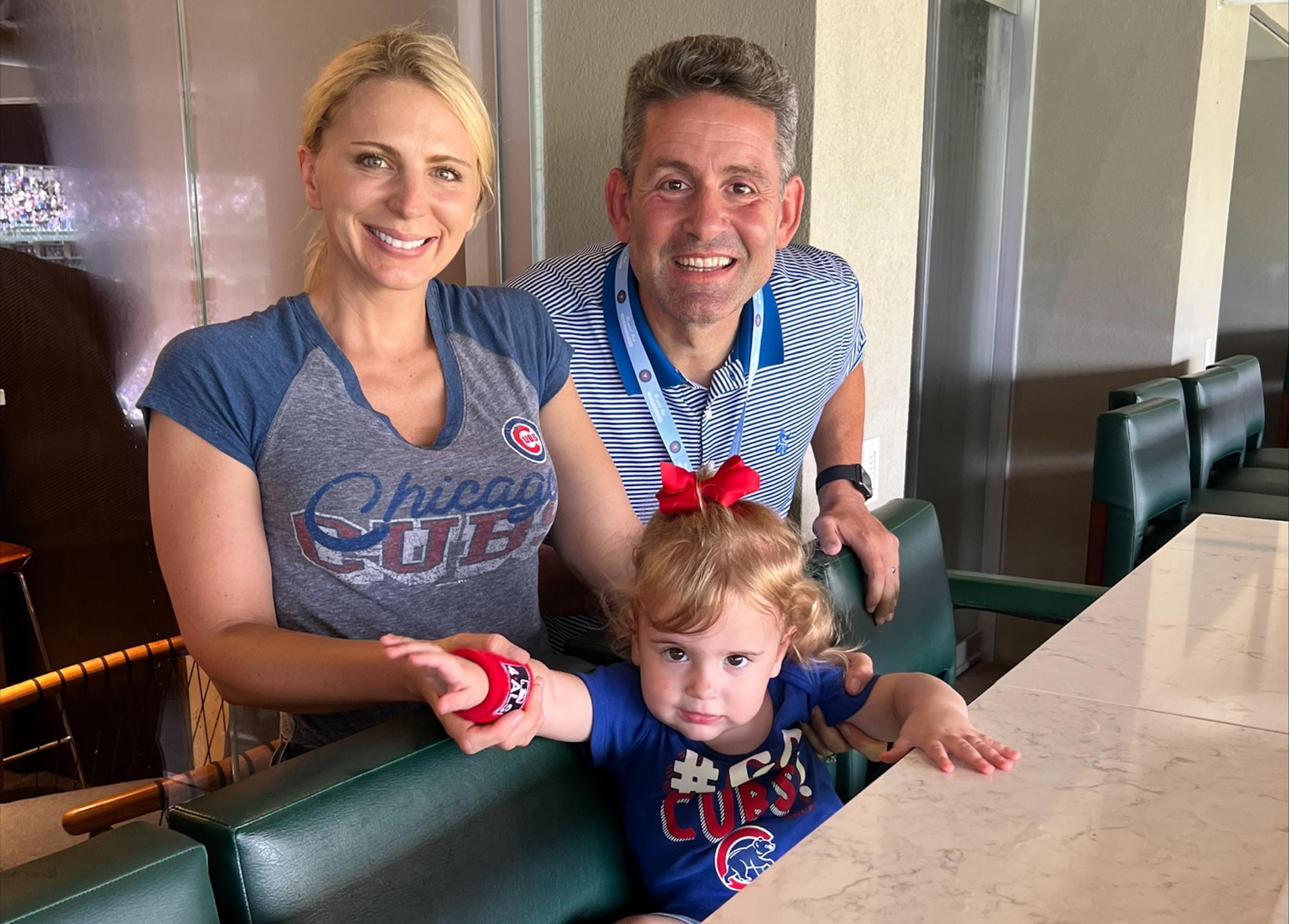 For more on Gus’ collaboration with the Cubs for ALS awareness, check out this profile from Marquee Sports Network.