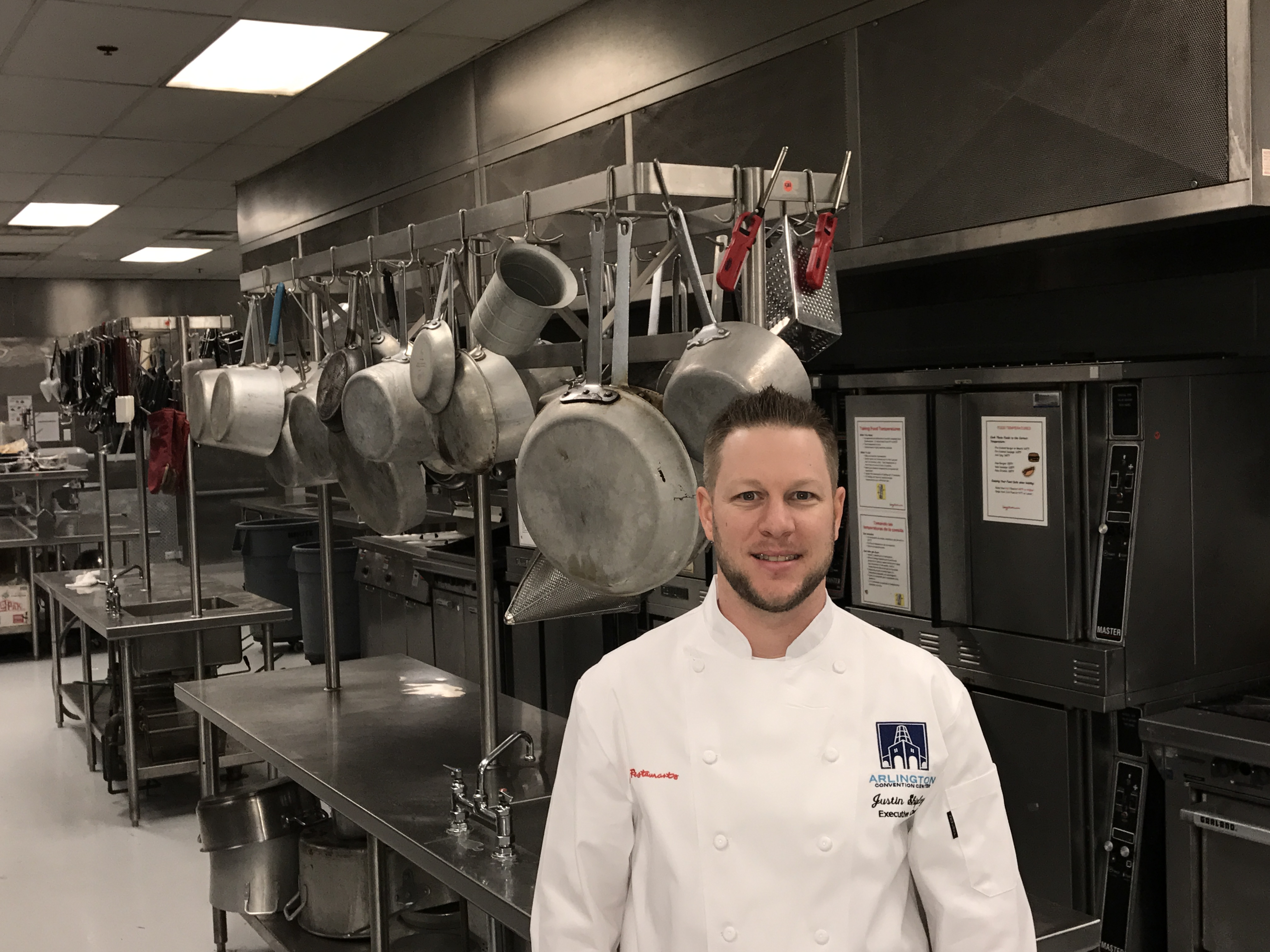 For Justin Shipley and many chefs like him, the road to becoming an executive chef started at home. In his case, it was Dallas/Fort Worth, where he started his journey helping his parents and grandparents in their garden.

Studying Culinary Arts at The Art Institute of Dallas, Chef Justin graduated in 2004 already having restaurant and hotel experience on his resume, but impassioned to further build a career centered around food. At The Four Seasons Las Colinas, the fast paced environment and luxury of the hotel industry were exciting under the guidance of experienced chefs. This experience would prove invaluable as he learned to balance running a restaurant and hotel simultaneously as the Sous Chef of Shula’s 347 Grill.

Along the way, Shipley held a yearlong externship at the Arlington Convention Center. As with most internships, the biggest takeaway was that in this industry, nothing is given to you.

“You have to earn and work hard, every day, for what you want,” says Shipley.

When the opportunity came along to work for his beloved Mavericks and Stars, Shipley moved on to become the Executive Sous Chef for American Airlines Center. It was there Shipley’s expertise grew, with oversight of every aspect of food service in the suites department. Quickly thrown into arena food service and large-scale events, Shipley made great memories serving events like the Kentucky Derby, NBA All-Star Game, NBA Finals, and US Open. A favorite memory from that time was when the Dallas Mavericks won the National Championship in 2011.

“The team was on the road, but we opened the entire arena like there was a game. The AAC was sold out for a watch party and seeing the entire arena erupt with excitement, streamers, and confetti everywhere when we won, was unforgettable.”

Coming full-circle, Shipley recently took the role of Executive Chef of the Arlington Convention Center. Bringing with him a vast array of experiences, the biggest thing he’s looking forward to is leaving his mark on the guest experience.

“There’s a Levy way in how things are seen and presented. I want the guest to experience what Levy and myself are capable of by bringing a higher standard of food quality and consistency while elevating service.”