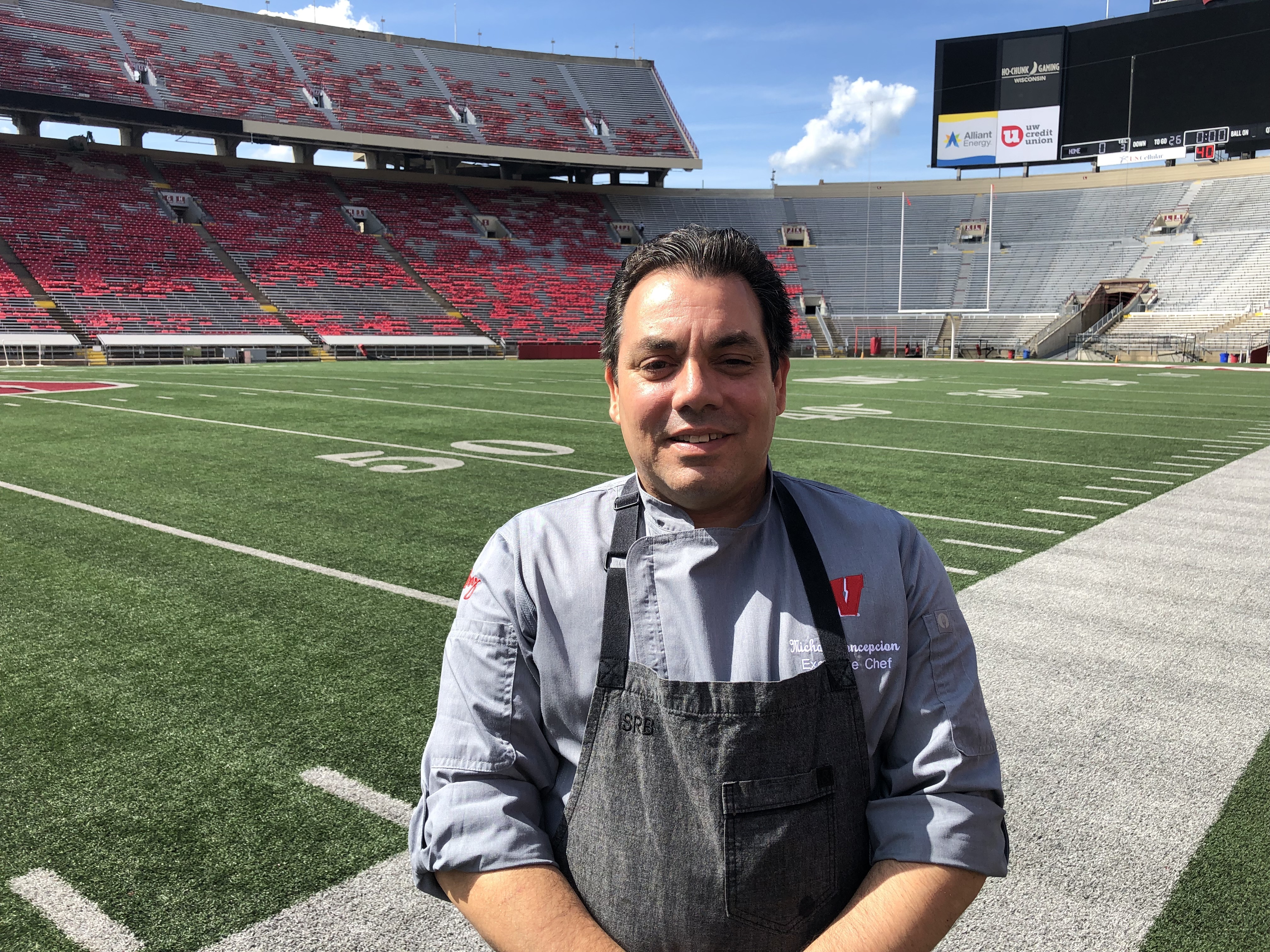 Unlike most of his peers, Executive Chef Michael Concepcion never wanted to get into the food industry. In fact, Michael decided to study something entirely different: nuclear medicine. Although Michael did not ultimately follow in his father’s footsteps and become a physician, two different members of his family played an important role in shaping his future.

Both of Michael’s parents, along with his grandmother, immigrated to the United States from Cuba. Growing up in Chicago, watching his mother and grandmother in the kitchen sparked a love of cooking within Michael, and he would frequently copy their movements and cook alongside them. Upon realizing his lack of interest in nuclear medicine, Michael decided to leave school and get a job in a restaurant. After experiencing the adrenaline rush of cooking in a professional kitchen, Michael was hooked.

Having worked in country clubs, restaurants, hotels, and catering, Michael now calls the University of Wisconsin-Madison home, where he not only feeds fans on game days, but also prepares nutritious meals for Wisconsin athletes. No matter who he is serving, Michael maintains his food philosophy of preparing, “Simple yet elegant food.”

Q: What steps in your career led you to UW-Madison?
A: I attended the Culinary Institute of America in New York and graduated in 1992. From there, I knew I had to pay my dues. Having a diploma didn’t mean anything if I didn’t put it to practice, and that, along with hard work, dedication, and perseverance, helped me get to where I am today. About two-and-a-half years ago, I was recruited by Levy to join the team at Texas A&M University. I took on the challenge and loved it. It’s fast-paced and different. I’m a big sports fan, and getting to feed the fans and teams is a really special experience. When I saw there was an opening at UW-Madison, I was excited to keep the momentum I had at Texas A&M going while also having the opportunity to move closer to home, as I’m from Chicago. It’s nice to have four seasons again, and to be at a school that has a hockey team.

Q: Levy has expanded our relationship with UW-Madison to include premium offerings and training tables. What can fans expect with the new addition of premium?
A: Fans can expect simple yet elegant, tasty food. We use the freshest produce and the highest quality meats possible, cooking everything in such a way that really coaxes the natural flavor out. Doing things in a simple way translates into a higher end, more decadent product, and doing that is really all about technique and using quality ingredients.

Q: How do you ensure athletes are getting healthy options that keep them full?
A: I sit down with the team nutritionist and we develop the menu together. It’s all about understanding what nutritional value the food has — for example, if something is high in sodium, we counterbalance it with something that is high in potassium. Again, it is all about keeping it simple, using fresh ingredients, and coaxing the natural flavor out. Just because something is good for you doesn’t mean it has to taste bad.

Q: How are you incorporating the local flavors of Wisconsin into the gameday experience?
A: We love using local ingredients. We use Door County cranberries in our house made barbecue sauce. We use local bakeries. Of course, local cheeses from Wisconsin and Johnsonville Brats. It’s really all about the brat and the cheese. If you have good brats and good cheese, you’re 90% done.

Q: What’s your favorite thing to eat on game day?
A: I always go for something that is quick, satisfying, and probably higher in fat and grease content then I should be eating. I’ll take a burger from the concession stand any day, with cheese and grilled onions.