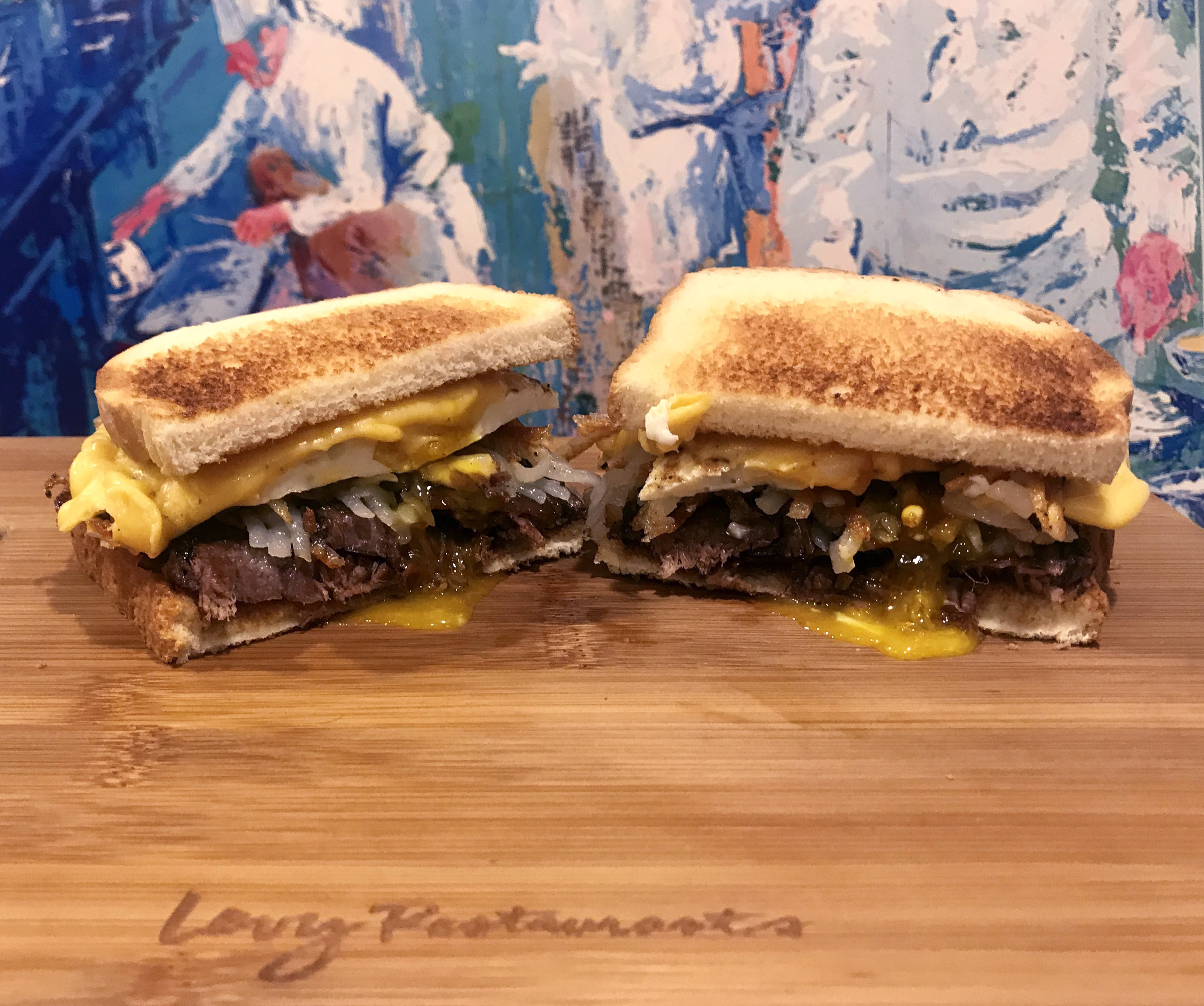 In celebration of National Sandwich Day, we asked Levy Executive Chef John Sedlak at Charlotte Motor Speedway to tell us about his go-to, killer sandwich recipe after a long day at the Speedway–and he didn’t disappoint!

“This sandwich is something that I make often, though the meat and overall effort vary depending on the leftovers I have and how brutal the previous race day was. Typically I make this sandwich on Sunday mornings, well around 11, so let’s call it brunch. Unless there’s a Sunday race, and then I’ll make it Monday night for dinner.

I’ve taken the essence of Brisket Hash and piled it between two pieces of buttered sourdough. Yes, buttered, because who wants dry bread? After buttering the sourdough, I slice the brisket about ¼” thick, searing it until crisp. Then I use some of the fat from the initial cooking of the brisket, along with butter, and fry some shredded potatoes (store bought – it’s allowed!) until they’re really crisp. I stack the crispy potatoes on top of the brisket. Now for the controversial part, I use American cheese. I know, I know, American cheese is only acceptable for a few preparations, one of which is my sandwich. I then top everything with two butter-fried, over-easy eggs. For the final touches, I would be remiss if I didn’t give it a measured schmear of ketchup and a healthy shot of Sriracha.

It’s a pretty hearty sandwich. Plus, after a week of long hours, missed meals, and bouts of grazing the kitchen for leftover chicken tenders, it’s the perfect sandwich to make me feel like I’ve had a complete meal again.”