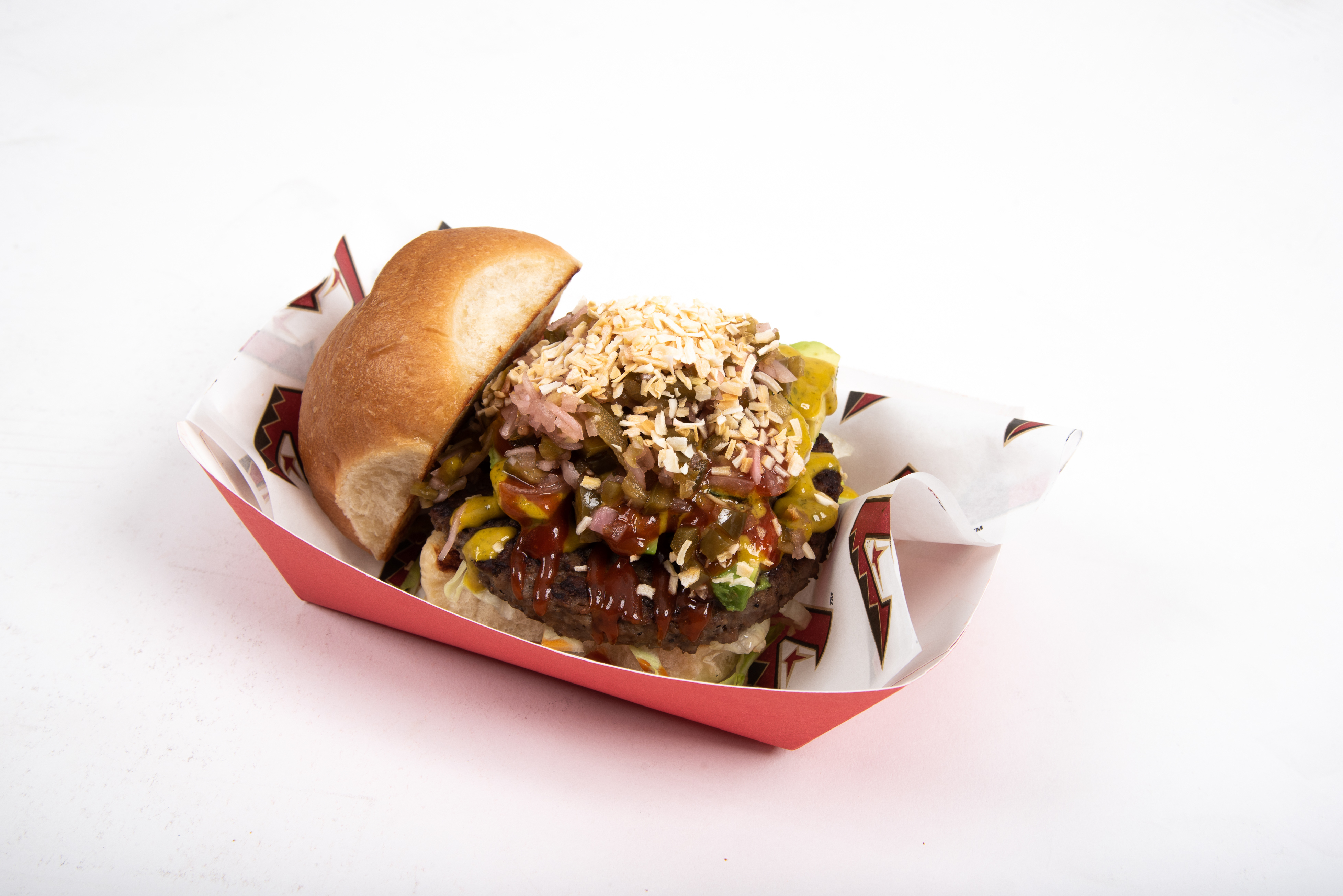 As tastes and palettes evolve, fans are seeking more than peanuts and Cracker Jacks when visiting their favorite ballpark. The Economist named 2019 the year of the vegan, noting that a quarter of 25-34-year-old Americans now say they’re vegan or vegetarian. There was a 600% increase in vegans in the US between 2014 and 2017, and that number continues to grow.

Chefs at Levy kept veganism in mind when building the menus for the 2019 Major League Baseball season. Vegan options this season range from hearty meals like a decadent vegan burger to a refreshing fruit salad for a grab-and-go snack. With the ever-innovating vegan food market, there are more products available today that make plant-based protein readily available, like Impossible Foods and Beyond Meat. These two companies have created plant-based burgers and sausages that have the same look and taste as meat. The products even have a comparable protein value.

Appetizing vegan options are not limited to Chase Field, however. Wrigley Field offers veggie dogs which are a must as Chicago is home to the world-renowned Chicago Dog, just don’t get caught adding ketchup. Wrigley Field also has great vegan snacks like seasonal fruit cups, house-made potato chips, and hummus and vegetables. Dodgers Stadium has some great dishes for vegans as well, like the protein-packed Tempeh Nachos piled high with pico de gallo, black beans, and avocado. Dodgers Stadium also offers a Beyond Sausage Brat topped with sizzling peppers and onions.

Whether you’re a strict vegan, or more of a flexitarian and trying to limit your meat-based meals, plan your next ballpark visit with the following plant-based proteins as awesome options.

Countdown to the Kentucky Derby