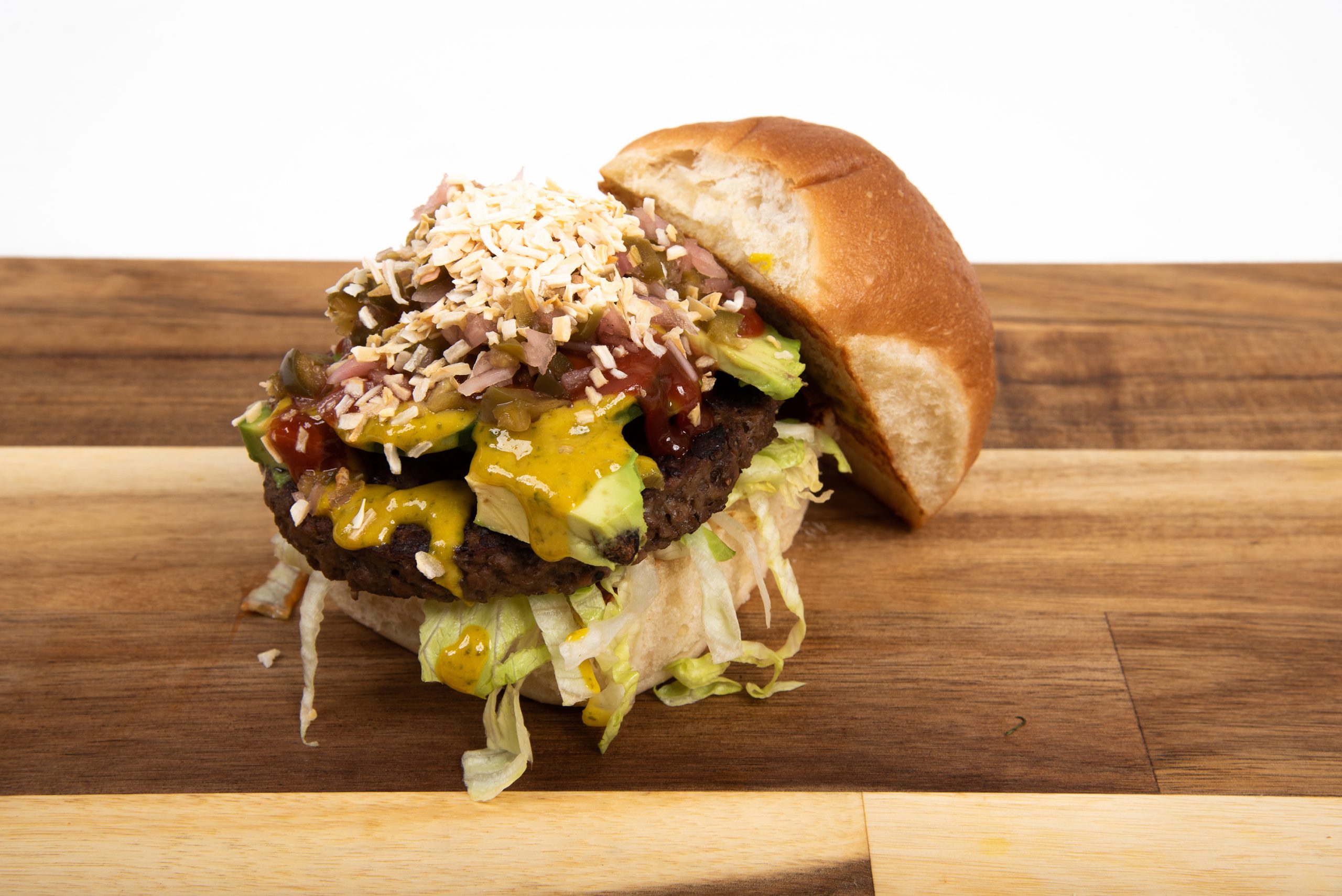 Take me out to the ballgame and buy me an Impossible™ Burger and some Cracker Jacks©! Fans’ eating habits at professional, major league, and large-scale sporting events have traditionally leaned toward meat-based proteins like hamburgers and hot dogs, even nachos topped with chicken or pork. Today’s fans, however, are not only interested in healthier, green options like salads, they’re also interested in trying alternative proteins to hamburgers, hot dogs, and traditional meat-based options.

Some of Levy’s most popular meat alternatives include: Impossible™ burgers, tacos, and meatloaf, and Beyond Meat© sausages, brats, and burgers. With innovation always top of mind, Levy chefs have branched out from simply swapping in plant-based protein patties for beef patties, and have created dishes such as the Camelback Burger – an Impossible™ Burger patty smothered with brown sugar truffle ketchup, avocado, cucumber, lettuce, herb mustard, jalapeño-onion relish, and toasted onion flakes available at Chase Field, Impossible™ pot stickers and egg rolls available at Guaranteed Rate Field, Impossible™ meatloaf, and even Impossible™ sloppy joes.

The popularity of plant-based options isn’t limited to locations where one would assume veggie lovers or stereotypical “healthy eaters” reside. Locations in the Midwest, for example, where cattle production is huge and the general population is assumed to be a meat-and-potatoes crowd, are actually some of the biggest parties responsible for upping the plant-based protein spend. Fans visiting Wrigley Field nearly doubled the spend on plant-based proteins from 2017 to 2018, and fans visiting the United Center doubled the spend and then some in that same time frame.

With the increased demand for plant-based proteins, Levy is expecting there to also be a positive impact on the environment. Impossible™ Foods estimates that production of their products requires 96% less land, 87% less water, and 89% fewer GHG emissions compared to burgers made from cows.

“Fans are loving the plant-based options,” said Robin Rosenberg, Levy’s Vice President and Chef de Cuisine. “Not only do the Impossible and Beyond burgers taste and look just like the real thing, but people love how we’re preparing them and that we’re making something for everyone – no matter their dietary choices.”