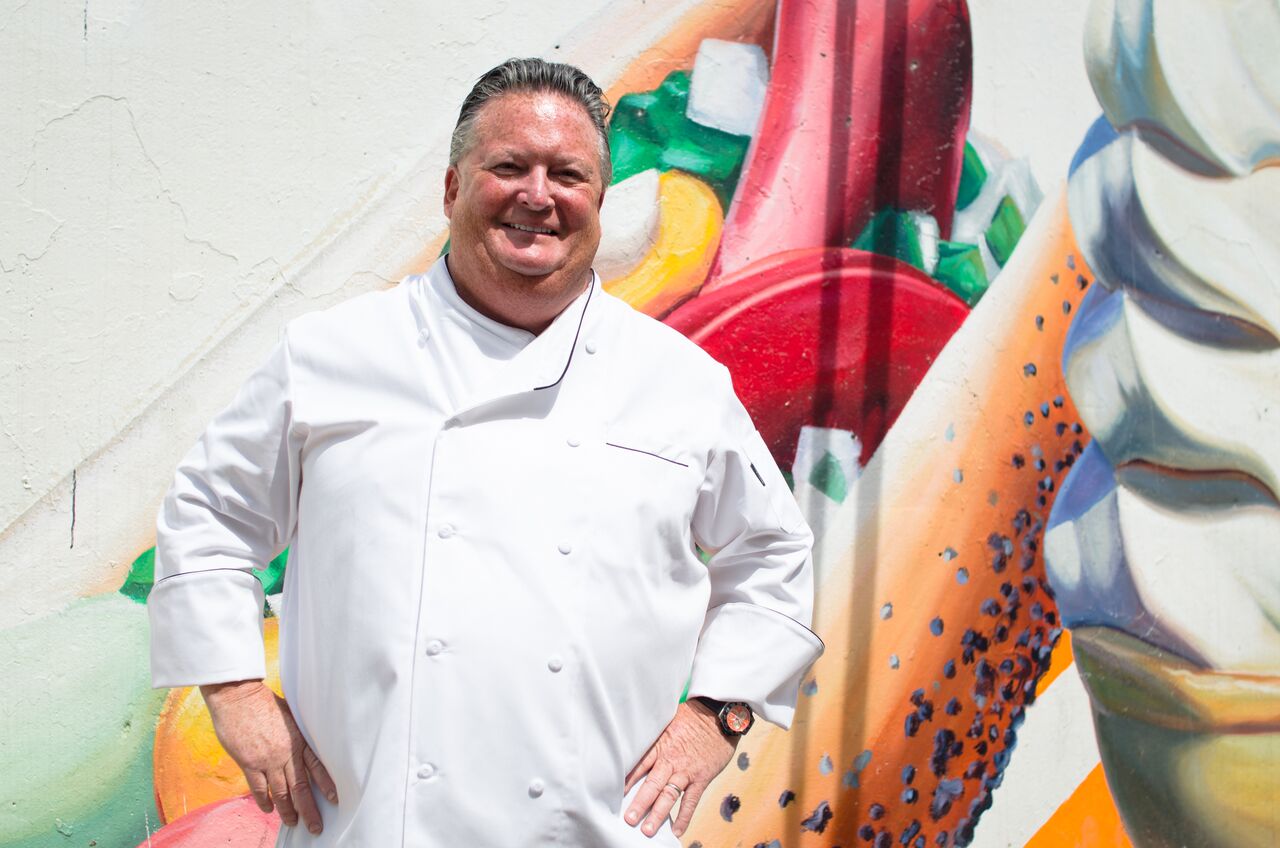 As the Chef de Cuisine for Levy, Robin Rosenberg is the engine that fuels Levy’s culinary development. After 22 years in his position, he says each day still offers something different. “It’s everything from overseeing culinary, to client-relations, to menu development, to traveling to all the openings and major events,” said Rosenberg. We asked Chef Robin to share a bit about his role in the company and what he looks for when hiring a chef or cook.

“The first thing I look for is passion. They have to love what they’re doing or they’ll never be good at it. Even if you’re the best chef in the world, you gotta wanna be there and you gotta love it.”

“Culinary school is a polishing tool. In my opinion, you don’t go to culinary school without having any knowledge or experience in the industry. The kitchen is fast and furious, and you have to see that first-hand before committing yourself to culinary school. You can come out of there shining like a diamond, but only if you’ve already been in the business.”

“What impresses me most about a resume is longevity. If someone tells me they have 20 years of experience, but they’re constantly hopping around- that tells me a lot- that they either weren’t good at their job or the people they worked with couldn’t stand them. Now, if someone comes to me having had two jobs, but lasted years at both, that’s the person I want. They’re loyal. That’s someone who can teach us a lot.”

“If they’re passionate, respectful, interested, honest, they’ll have a long future. I’ll always respect them. Not just in the kitchen, but far more importantly as a human being.”

“I’m always looking at how a cook works in the kitchen. Are they organized? Are they task-oriented? Do they clean up after themself? Just watching how a chef moves in a kitchen tells you so much.”

“Basic skills are so important. If you know the basics- how to use a knife, safety in the kitchen, basic flavors- you can take that and run with it. As long as you master the basics, you’re going to be a great culinarian. And these are the skills you learn from real experience, not culinary school.”

“My first job was in my Mom’s deli when I was eight years old. It was an hour a day after school. She paid me two bucks. I peeled onions and carrots; I mopped the floors and cleaned the bathrooms. I learned so much: how to roast turkey, brine corned beef, smoke pastrami, and make egg salad. By the time I got to high school, I was running all three delis in San Francisco.”

“After high school, I worked at a restaurant in Hawaii for 2 years. Then after going to culinary school, I took a job at a little Italian restaurant in Yosemite National Park. I worked there for eight years, but I got tired of mom-and-pop establishments. I moved and took a job at an elite restaurant in Orange County, California. While I was there, I drove past a trailer in a vacant lot. A sign on the door said “The Future Home of the Irvine Hilton & Towers.” I knocked on the door, thinking ‘wow, I’d love to work in the hotel industry.’ I was immediately turned away because the director of HR told me I have no hotel experience. So I took it upon myself and drove to the Hilton corporate head quarters in Beverly Hills. I somehow convinced them that I was worthy of working in the hotel industry, and they created a position for me. I learned to produce for huge quantities of people and was eventually promoted to banquet chef. After 13 years with Hilton, I became their corporate chef.”

“Levy is a huge company, but it really feels like a family. I feel like I’m working for a small company. It’s so personable. I love the hominess, our culture, and our philosophies. I love being a part of this. Everything is so diverse within our company, it makes every day so exciting.”

“Give people the benefit of the doubt. Everybody makes mistakes. If you can accept that adversity- that’s how you learn.”

“Try new things. Live outside of the box. Don’t be afraid. If it doesn’t work, try again. If you have one superstar out of a hundred things you’ve created, that’s success.”

“Be nice, be respectful, and be passionate. Ask questions. Listen and observe.”