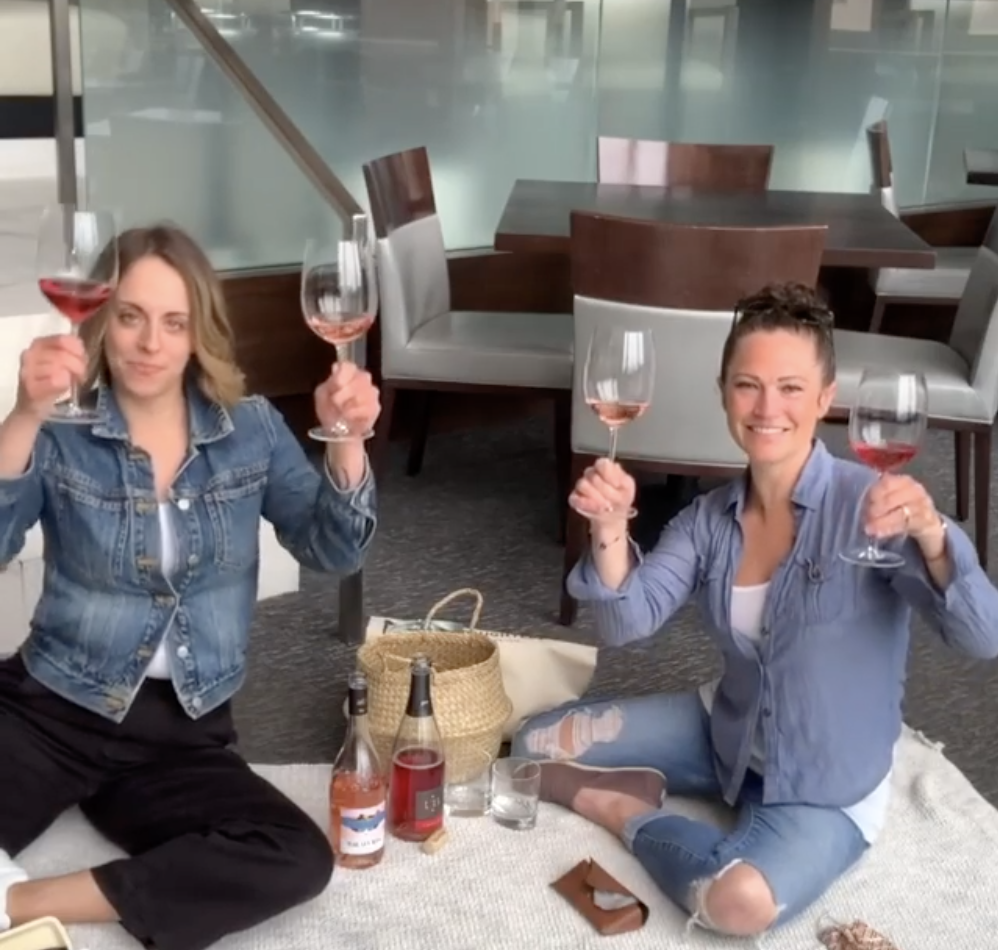 The past four months have brought changes to nearly every aspect of the hospitality industry. Dining rooms, Spiaggia’s included, took a temporary hiatus to reboot service with health and safety in mind. During Spiaggia’s hiatus, beverage director Rachael Lowe and director of operations Tara Zavagnin put their heads together to create a platform that would allow the award-winning restaurant to continue educating and engaging with guests from afar.

The result: Spiaggia’s dining room transformed into a video production house, showcasing the restaurant’s acclaimed wine collection in a weekly video series that racked up thousands of views on Instagram.

Rachael and Tara started the creative journey by thinking of ways to capture the feeling of discovery that guests experience when trying a new wine varietal in Spiaggia’s dining room. They knew they had to be appealing and accessible for an at-home audience. And to do that, they honed a concept to bring viewers light-hearted, yet educational wine segments, dubbed Wine Wednesday at Spiaggia, and broadcast on Instagram.

Following the first virtual Wine Wednesday, production became more familiar and organic. Tara and Rachael shared insight into their creative process each week, which kicked off with a brainstorm to determine the theme and appropriate wine pairings. From there, they began scripting shots, walking through specific points, and thinking through staging and props to tie the video together. Next came the fun part – shooting and sipping! Once the camera was rolling, Rachael and Tara would sample a few different wines and walk viewers through the tasting profiles and compare different selections.

Episodes have covered a variety of topics over the past few months, but always remained fun and light. Tara and Rachael produced a “Chardy Party” to celebrate the Virtual Kentucky Derby while wearing broad brimmed hats. They sipped through old world and new world Chardonnay. And, they orchestrated a “Rosé Quarantine Picnic” to show viewers how to throw a socially distanced Memorial Day Picnic with a go-to Rosé. However, both say their favorite production to-date has been an 80’s themed episode because, “you can’t beat dressing up like Saved by the Bell and drinking a 1989 Bordeaux!”

Rachael and Tara brought Wine Wednesday to life as a way to engage with guests from a distance, and the videos have certainly resonated. In addition to the slew of positive comments on posts, the videos themselves have performed exceedingly well on Spiaggia’s Instagram, garnering up to 2,000 views.

Now that Spiaggia’s dining room is again open to guests, the focus will shift to delivering an elevated and safe dining experience. But the hours spent filming and engaging with guests online served as an important reminder about what makes dining with Spiaggia so enjoyable.

In creating Wine Wednesdays, Rachael, Tara, and the Spiaggia team lived the values of creativity and innovation that define our Levy family.

Levy responds to the impact of the COVID-19 pandemic on STAPLES Center, reinforcing the community of Los Angeles with unity