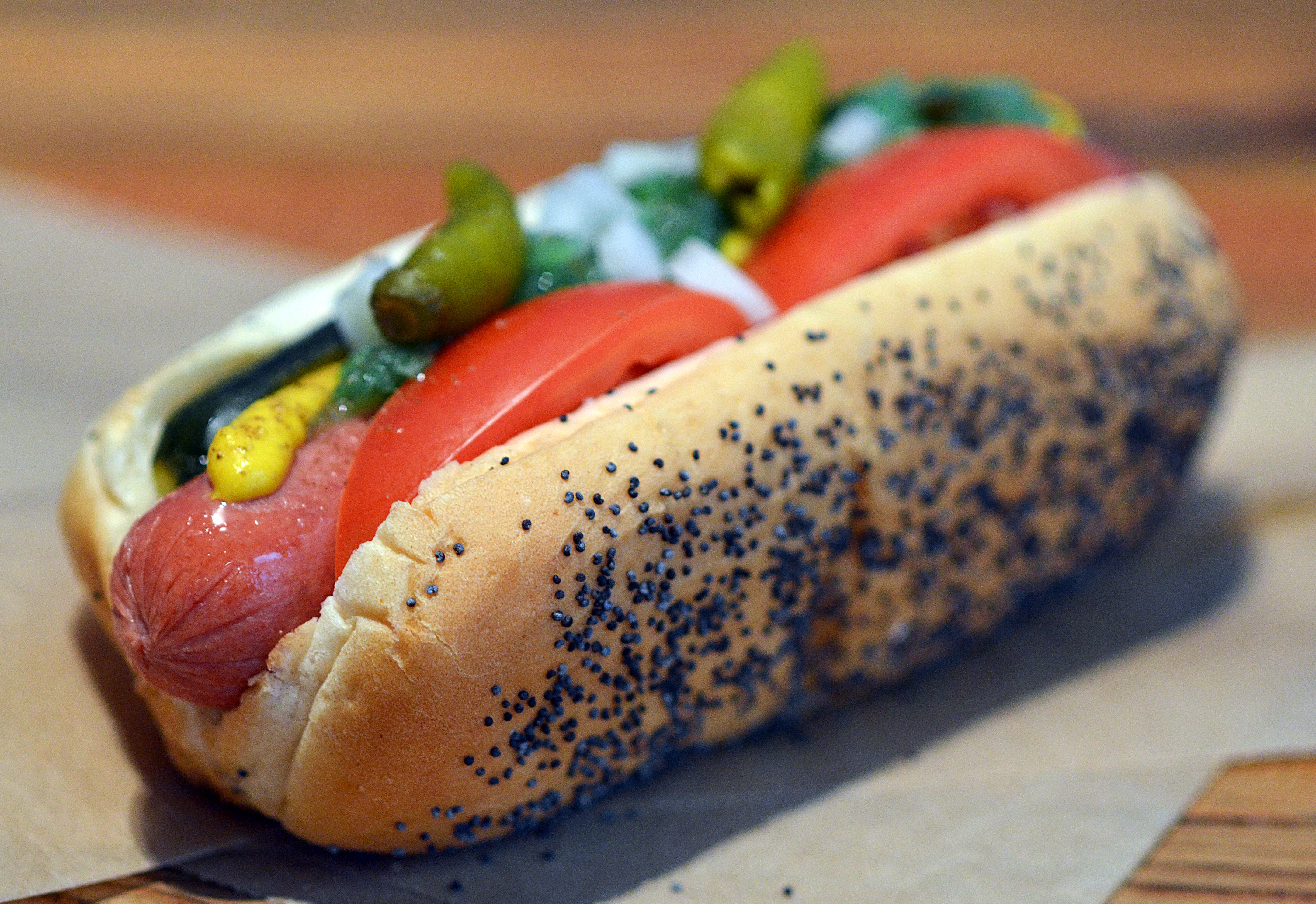 If you ask anyone who grew up in Chicago about their childhood, it is highly likely the Chicago dog will pop up in their memory. From Gene and Jude’s to Superdawg, the Chicago dog is a staple in the lives of all Chicagoans, and no one knows more about the legendary fan favorite than Bob Schwartz, Senior Vice President of Vienna Beef.

In his book, “Never Put Ketchup on a Hot Dog,” Bob dives into the history of the Chicago classic and explores the extraordinary variety of hot dog joints around the city and beyond that helped make the infamous hot dog into one of Chicago’s most treasured and celebrated delicacies. Just in time for National Hot Dog Month, Andy Lansing, President and CEO of Levy, sat down with Bob and discussed everything from the origin story of the Chicago dog to the reason why you should never put ketchup on a hot dog, all while enjoying the classic dog.

By way of Cleveland, Bob moved to Chicago in 1972 to work for Vienna Beef, jumpstarting his passion for the Chicago dog.

“Cleveland was a great deli town…When I came to work for Vienna, I knew that they were a company that made corned beef and pastrami and salami, because that’s what they sold to a lot of the delis,” Bob said, “We didn’t have hot dog stands.”

Once his career with Vienna Beef started taking off, Bob’s knowledge and fascination with the Chicago dog stands skyrocketed. To this day, Bob can confidently recite the street names on which early Vienna Beef factories and hot dog stands were located, and which elements of the classic hot dog have evolved over time.

“The first hot dog stands really appeared during the Depression…They created the Depression dog, which is a way you get all your food groups for a nickel. You put on mustard, a little relish, chopped onions, and cucumber,” Bob recalled, “That was their version of dragging it through the garden.”

Of course, the Chicago dog is most recognized for its vibrant array of colors from the red tomatoes, white onions, yellow mustard, and the infamous neon green relish.

“I think a Chicago dog today with the ingredients is a thing of terrifying beauty,” Andy laughed.

It is notoriously known among Chicagoans that ketchup does not belong on a hot dog, though many might not know the reason why.

“Tomatoes are a natural fruit, and the taste augments the flavor of the hot dog, whereas ketchup totally overtakes everything. It dominates it, and it’s not necessary,” Bob said. Despite this, Andy and Bob agreed that some less flavorful dogs occasionally could use a bit of ketchup, though they’ve never encountered this issue when enjoying a Vienna Beef dog.

Part of what makes the Chicago dog so special to locals is the community spirit associated with it. As Bob puts it, “Hot dog stands are run by people that relate to the neighborhood they’re in and the people that come in there, where even in good times or bad times, you cross over the threshold and you feel a comfort level like your home. You’re greeted with a warm smile. Sometimes they know your name, or they know your order.”

Andy noted that consistency is a common thread woven into the fabric of Chicago hot dog stands, adding, “Part of the DNA to me of these places is, not only are they so big in the community, but they retain their wonderful identity in a world where everyone’s challenged to do what’s next.” Andy specifically admired the over 60-year-old mission instilled in Superdawg’s operations to, “always serve someone in the manner that you want to make them return, to bring their friends and new generations to you.”

“Whenever I meet somebody new, I’ll tell them I work for Vienna Beef,” Bob said, “And a big smile goes up on their face, and they want to immediately tell me about their hot dog experience as a kid.”

Because of his Cleveland roots, mustard is a must-have topping on any dog Bob eats, along with onion and tomato. Of course, he also enjoys a dog dragged fully through the garden. When it comes to his opinion on if a hot dog is a sandwich, Bob is firmly Team Sandwich.

“There is bread, and there are condiments on it, and there is meat in it. I don’t know why anybody would think it is not a sandwich. It is most definitely a sandwich,” Bob said.

A special project Bob helped developed for the Vienna Beef 125th Anniversary was the new Vienna Beef History Museum, featuring an in-person Hot Dog Hall of Fame which Bob has worked extensively on during his time with Vienna Beef. Though it is not open fully to the public yet, special tours are done occasionally.

While enjoying their Chicago dogs, Andy made sure to ask if National Hot Dog Day, celebrated on July 17th this year, is Bob’s favorite holiday.

A hot dog historian and Chicago dog expert, Bob is held in high esteem at Levy. His dedication to hot dogs and honoring their legacy in Chicago is second-to-none, and his passion for his work at Vienna Beef over the past four decades is incredibly admirable. In honor of Bob, Andy, and National Hot Dog Month, don’t forget to enjoy a Vienna Beef Chicago dog before July is over!