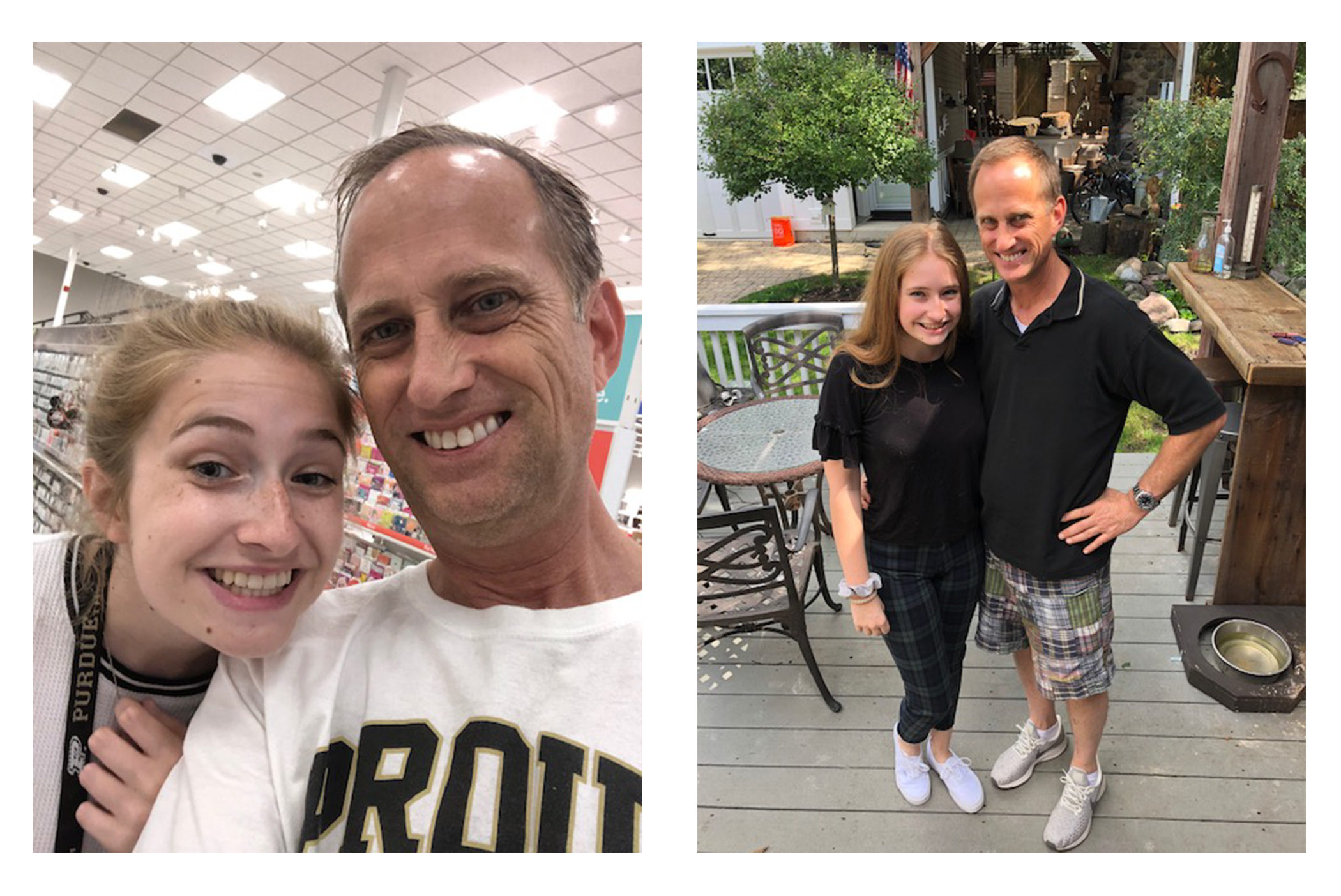 Levy’s commitment to company culture has always distilled down to a key ingredient: family. With hundreds of properties and thousands of team members nationwide, Levy’s family values bring us all together. While all team members take this quite seriously, we recently met two who took it quite literally.

Chicagoland father-daughter duo—and Levy team members—Tom and Ellie Cawthorne are both part of the Levy family at our college partners Northwestern and Purdue University, respectively. Ahead of the November 9th Big 10 college football match-up between the Purdue Boilermakers and the Northwestern Wildcats, we caught up with Tom and Ellie to discuss their experiences so far this season.

Check out our conversation below, which ranged from dad’s professional advice to Tom’s childhood memories of the Levy dessert cart at the original home of the Chicago White Sox, Comiskey Park.

Levy: Tom, tell us about your background and how you got to your current role at Levy.

Tom: I graduated from Michigan State with a degree in accounting and initially worked as a commodity broker at the Chicago Mercantile Exchange. That industry has drastically changed with all the new technology and I was ultimately able to do business from home. I eventually found myself having some extra time. My brother had been with Levy for nearly a decade at Arlington Park and after getting to know the team, I was fortunate to start working on the concessions side of the track about four years ago. Most recently, I started to work with the premium service team at Northwestern, which Levy began partnering with last year. It’s been a great journey!

Levy: And you’ve been familiar with Levy since the Company’s beginning, is that right?

Tom: Yes, so my father used to be an executive in Chicago and we used to attend private catering events that were put on by [Levy co-founder] Larry Levy at the first Chicago White Sox stadium, Comiskey Park, which as you know, was the first sports and entertainment property Levy partnered with! But I remember as a little kid the incredible dessert cart that would come around at the Sox skybox and just this feeling of pure joy [laughs].

Levy: Jump to today and your daughter, Ellie, a freshman at Purdue University, is also a part of the Levy family.

Tom: Yes! It’s very exciting. She officially joined the Levy family as a suite attendant in the premium space at Purdue.

Levy: Ellie, congrats on the gig! Walk us through how you got started at Levy.

Ellie: Thanks! Well, I’ve always heard really great things about Levy. When the school year started this past fall, people from the Purdue Levy team spoke in my Customer Relations class about their roles and current job openings. Our Customer Relations class met in the Purdue Canon where we got to speak with the Levy Director of Operations and Purdue’s Athletic Director and it just felt like a great world to be in.

Levy: What is your major at Purdue?

Ellie: I’m majoring in Retail Management with a minor in German. Purdue’s Retail Management program is focused around consumer sciences and customer relations and is very closely tied to hospitality, so the Levy role is a great fit there, too.

Levy: Minor in German? Impressive! So, tell us a bit about your specific Levy role.

Ellie: I am a suite attendant at Purdue’s Ross-Ade Stadium, where it’s really about working directly with our guests to provide them with the best experience we can while they’re watching the game or event. I recently had the opportunity to serve Coach [Jeff Brohm]’s family and the family of the opposing team’s Athletic Director, which was really exciting. There’s always something going on. When we’re not at games, there’s usually an event on campus, so that keeps it exciting, too.

Levy: Sounds fun! How have the first few weeks been?

Ellie: Great! I really like that it’s a lot of hands-on learning. I’ve met a lot of really nice people and the rest of the Levy team has been super helpful as I’ve gotten acclimated and learned the position. It’s funny because even though it’s a much more complex and bigger operation, it feels just like the smaller, family-owned restaurants I worked at before.

Levy: Tom, what is it like to have your daughter at Levy? Albeit in a different location.

Tom: I’m just glad she’s getting exposed to the food industry at such a young age. It will be hugely beneficial and pay off for her in the future, in whatever professional direction she decides to take.

Levy: What is it like being at the same company as your dad?

Ellie: It’s fun! And it’s actually added an entirely new layer to our relationship. He’s given me lots and lots of advice and it’s something new we can relate to together. I was nervous when I first started in the role and making sure I started off on the right foot, but just being able to talk to him and get his advice has really helped. Levy: Tom, can you share any advice you’ve given Ellie as she’s started in her role with Levy?

Tom: My advice always comes down to treating everyone like a CEO and paying attention to all the small details. If there’s a little crumb on the table, wipe it up. If you notice an empty cup, take it away. ‘Is there enough soda in the refrigerator?’ etc. Attention to detail and putting yourself in the fan’s position goes a long way in providing the best experience possible. It’s also very important to be extra kind. Always. For example, if people want to chat you up, go ahead! Be open and caring enough to have a conversation. Sounds simple, but it makes a difference. Also, as a supervisor, I make sure that I treat my coworkers and staff with the highest degree of respect. I treat them like family. Taking care and helping those around you to succeed will make your job even better. If Ellie gets a tip, she should make sure she shares some of that with the people who helped her provide that service.

And “thank you” always goes a long way.

Levy: Love it. Anything else you two want to add before we sign off?

Ellie: I’ll just say I’ve seen my dad connect with other Levy team members and there’s an immediate bond that they have and get excited about. I think that says a lot about the Levy culture and business as a whole, and I’m really grateful I get to be a part of that!

While we will certainly be rooting for both teams, it feels safe to say this weekend will also be a win-win for the Cawthorne family, regardless of  the game’s outcome.

World Series Experience Driven by Flavors of the DMV