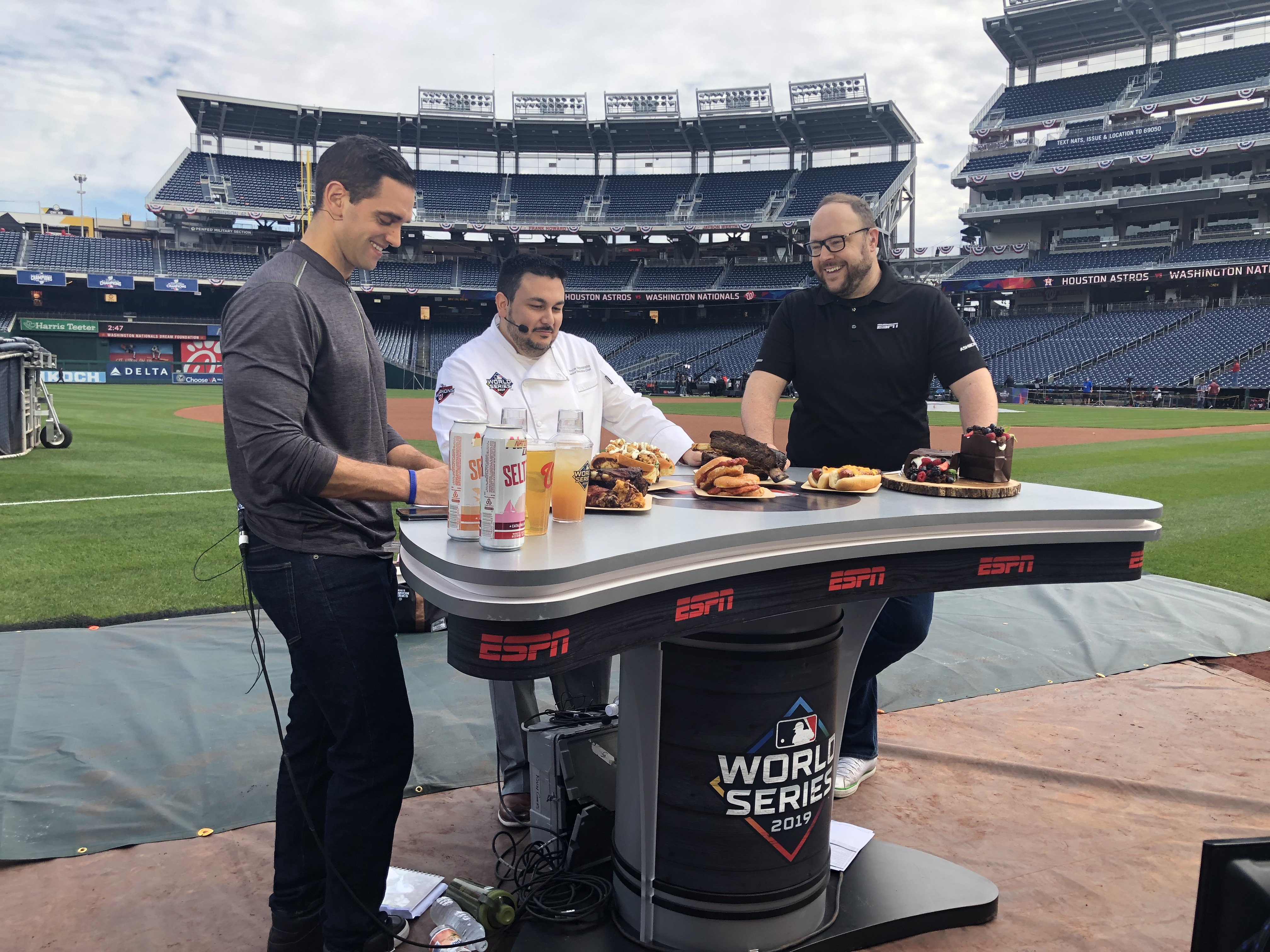 In the sports world, it doesn’t get more special than the first time a world championship descends on your home turf. With no history to lean on, no one knows exactly what to expect.

That’s the case this weekend at Nationals Park, where the Nationals will host their first ever World Series games in DC. The atmosphere is sure to be electric, and fans will arrive early, frenzied, and hungry in more ways than one.

We take pride in being part of the team delivering unforgettable moments and true culinary experiences that add to the celebration. When the gates open and Nationals fans file in for Games 3, 4 and potentially 5, they’ll savor a Fall Classic menu showcasing flavors locals know and love. From smoked meats and fresh-caught seafood to eclectic international fare, our menu for the World Series games at Nationals Park captures the flavors of DC, Maryland, and Virginia, with special touches highlighting the Nats fall homecoming.

It wouldn’t be a Nats game without a Ben’s Half Smoke, but Nationals Park also boasts a diverse menu of dishes inspired by the wide range of culinary styles served around the DMV. Here are a few of our favorites:

It’s not every season baseball teams get to play “fall ball.” Advancing through the autumn postseason is a serious accomplishment and we’re celebrating the occasion with a few special new seasonal tastes:

The World Series in Hospitality Numbers

Whether you’re a Nationals fan, or just a fan of the game, there’s something for everyone at Nationals Park during the World Series!