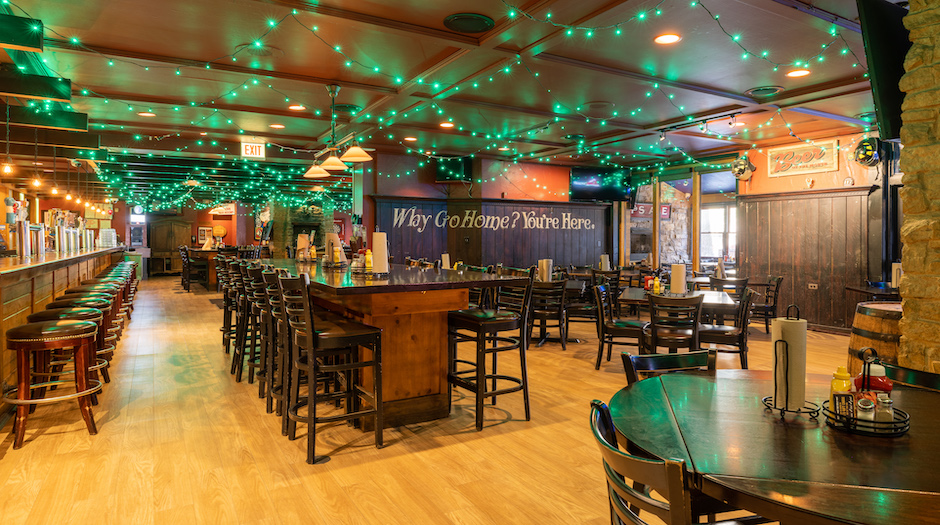 For 20 years, Jake Melnick’s Corner Tap has been a Chicago favorite and earned national acclaim for amazing wings, fries, and a welcoming atmosphere. Since then, it has remained at the core of our culinary foundation. To celebrate this incredible milestone, as well as the recent opening of a Jake’s outpost on Navy Pier, we’re taking a look back at how it all got started. One of the highest honors at Levy is earning a restaurant namesake. In 2002, Jake Melnick, a close member of the Levy family as the driver for Larry and Mark Levy, earned that honor as Levy Restaurants looked at developing a new casual neighborhood hangout on the corner of Wabash and Superior in Chicago’s River North neighborhood.

The previous concept in this space, Blackhawk Lodge, was coming to the end of a successful run as one of Chicago’s best spots for elevated service in an upscale atmosphere. Before that, the space housed Randall’s Rib House, serving world-class barbecue in a white tablecloth environment. Both Larry Levy and current Levy President and CEO Andy Lansing knew a more casual atmosphere, with great food and great drinks, would set the space apart from the other fine dining establishments in the neighborhood at the time. They were looking for a way to create a concept that would appeal to everyone in the community, from Michigan Avenue shoppers to construction workers.

Thus, Jake Melnick’s Corner Tap was born, sporting a more laid-back, welcoming vibe with communal tables, strung-up lights, a bar, and funky decorations filling up the space. As for the name, Andy knew exactly the person to bring the right personality to the space. What was Jake’s response when he heard the news?

“I was thinking these guys might be making a mistake calling it Jake Melnick’s,” said Jake.

Nevertheless, after Andy’s and Larry’s assurance it would work, the name was chosen, with “Corner Tap” tacked onto the end to make it clear to guests what kind of establishment they were walking into. Throughout the development process, Larry, Andy, Jake, and Levy’s Vice President and Chef de Cuisine Robin Rosenberg were at the helm. The team went through weeks-long tastings of every section on the menu, ensuring that only the highest quality would be served to Jake’s customers.

A major point of pride for Chef Robin and the team was creating the best fries imaginable—fries that are now consistently rated by guests as some of the best they’ve ever had. “There’s so much love put into them,” said Chef Robin. “There’s an old philosophy about how to make fries properly.”

That philosophy includes a 24-hour process of rinsing, cooling, blanching, and frying that, if done right, produces some of the tastiest fries around.

Jake’s is known as one of the premier destinations for wings in Chicago, but at its inception, nobody knew that they would turn into such a “hot” commodity. For those that can’t quite take the heat of Jake’s famous XXXX sauce, Poncho Wings have become a common favorite. The story behind them starts with a dishwasher named Poncho who told Chef Robin about a grilled wing, seasoned with garlic and cayenne pepper, that’s commonly eaten in Mexico. Once Larry Levy tried it, Rosenberg couldn’t even make it a few feet back to the kitchen before he heard him shouting about putting it on the menu.

In its first few years, Jake Melnick’s Corner Tap was one of the hottest spots near Michigan Avenue, establishing itself as a fixture in the neighborhood and attracting youthful, late-night crowds. Today, it’s still serving up the best wings, barbecue, and local beers in Chicago, but those late night wing enthusiasts who frequented Jake’s at the start have stuck around as they’ve grown up. As a result, Jake’s has found its niche as a family spot where guests can enjoy a sit-down meal, a drink at the bar, or just a great place to hang out. Cheers to 20 more years at Jake Melnick’s Corner Tap!